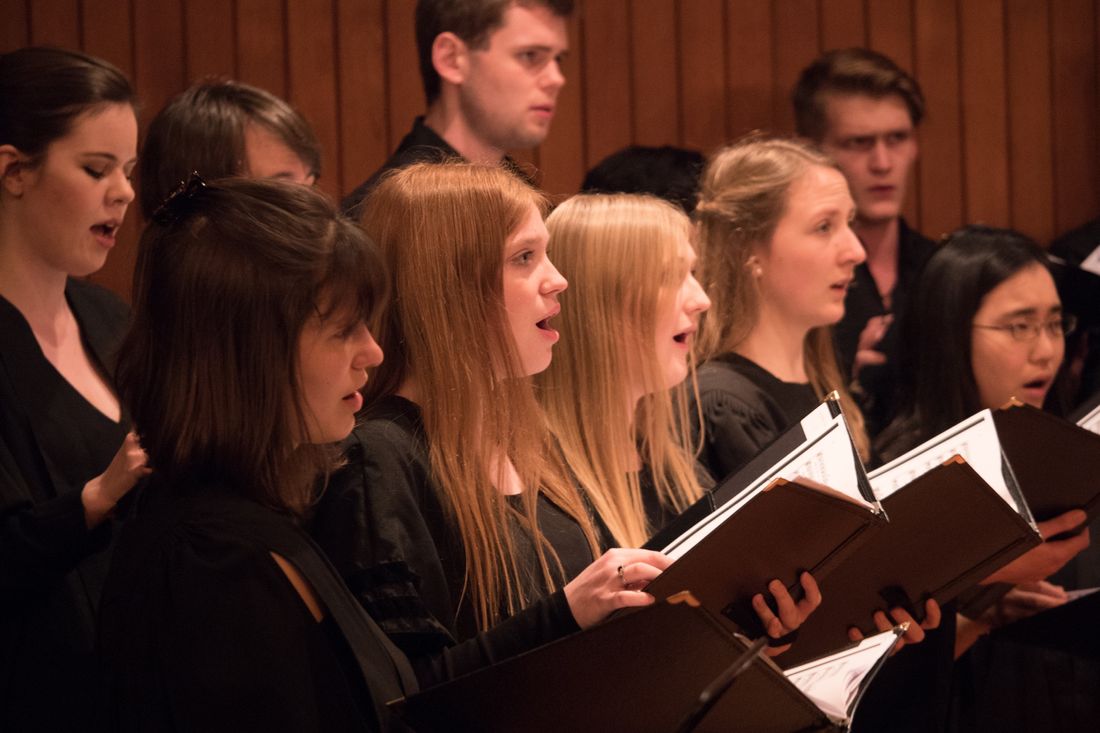 Performances by St John's Voices have become a regular part of the Cambridge musical landscape, with large audiences coming to hear these eagerly-anticipated concerts.

Our partnership with the Cambridge Baroque Camerata, one of the country's longest-established early-music ensembles, has led to exciting and energetic performances of major works by Bach, Handel, Schütz and Praetorius. The choir also performs a cappella and with the fine Mander organ in the Chapel, including most recently works by Langlais, Mathias, Bach, Monteverdi and others.

For our next concert, we alternate movements from Parry's Songs of Farewell and Victoria's Oficium Defunctorum. These two works, written some three hundred years apart, each express the the heartache and loss for the end of an era. Tomas Luis de Victoria's Requiem was the last piece he published, and is the last significant work in the Siglo de Oro, while Parry wrote his Songs of Farewell at the end of his compositional career, in despair at the destruction of the First World War.

St John's Voices is always interested to hear from any potential concert venues who would like the choir
to sing. Concert fees are negotiable: please write to Graham at stjohnsvoicescambridge@gmail.com